The Injustice of Internet Justice

Micah 6:8 says, “He hath shewed thee, O man, what [is] good; and what doth the LORD require of thee, but to do justly, and to love mercy, and to walk humbly with thy God?” Let me take it a step further. God hates injustice as we see in Proverbs 11:1, “A false balance is an abomination to the LORD, But a just weight is His delight.”

With that established we must understand that true justice cannot be accomplished unless both sides are treated justly. One sided justice is vengeance; it is vigilantism. When someone cries out for justice for someone, what they often mean is “Get ’em!” They are not seeking justice; they are seeking to have justice their way. If a person is accused we should want them to receive justice just as much as the purported victim.

Justice is not accomplished by assumption, by rumor, by slander, or by public opinion. It can only be accomplished when carried out in a system designed for justice, and therein is where people struggle. They see only the evidence they have been presented, therefore justice is predetermined in their minds. That is not justice. Justice can only be carried out when respect is shown to both sides in a matter.

That is why internet “justice” is so unjust. Proverbs 11:13 says, “A talebearer revealeth secrets: but he that is of a faithful spirit concealeth the matter.” Many people will bristle at this entire premise, but they will be hard pressed to present a reasoned argument as to why internet accusation is acceptable to God. It is not. It was condemned in Old Testament law as we see in Leviticus 19:16, “Thou shalt not go up and down as a talebearer among thy people: neither shalt thou stand against the blood of thy neighbour; I am the Lord.”

Solomon with all his wisdom repeatedly warned against those who spread tales. Proverbs 20:19 says, “He that goeth about as a talebearer revealeth secrets: therefore meddle not with him that flattereth with his lips.” Then we see in Proverbs 26:20. “Where no wood is, there the fire goeth out: so where there is no talebearer, the strife ceaseth.” Proverbs 16:28 tells us, “A false man soweth contention; and a talebearer separateth very friends.” Solomon would have hated the internet and would have no doubt warned his son of its danger of leading to injustice.

Let me make several observations about the injustice being perpetuated today, especially in public forums.

1. Accusers never give the entire story.

They are giving their side of the story. Dr. Jack Hyles said, “Justice always demands that two sides be told.” People who do not give both sides are not seeking for justice. The moment someone tells one side of a story they are revealing that justice is not their true agenda. They have already passed judgment.

2. The readers are forced to be the judge and jury, which is not Scriptural.

Guilt is predetermined and preassigned. Innocent until PROVEN guilty is ignored. One of the dangers of reading Internet accusations is that you are forced to make a judgment because you are not hearing the other side. When only one side is presented it is easy to consider it as fact ignoring that you did not hear the whole story. You only heard one person’s side of the story.

3. The accused is forced to defend himself (always a bad idea, as any good counsel would advise) or remain silent (the prudent choice) and be assumed as guilty.

If I am innocent of that which I have been accused on the Internet is it my responsibility to prove myself innocent? A person could spend their entire life trying to prove innocence instead of doing what God has called them to do. Internet slander can be a distraction from that which God would have someone to do. Yet, the accused is held responsible to defend themselves against accusations made by people who are not in the position to do so.

4. The accusation is turned into a cause, and blame is often assigned to a group or an institution.

This is how many “Do Right” groups get started. Accusers usually have another hidden agenda that the jury (readers) do not know about. An institution (or even a person) that has done much good is assailed by unjust people seeking to get their pound of flesh.

5. The proper decision makers (judges) are forced to take sides and even face attack for doing their job justly, if it does not accomplish the attacker’s purpose.

Pastors are often slandered for reacting justly by those who want revenge, not justice. A person who defends the one that’s been accused on the Internet should be applauded yet most of the time they are accused of defending a sinner. People who are accused ought to be defended until they are properly charged and tried. The Internet is not the proper way to charge so we should automatically defend the accused.

6. Internet justice wants to throw out the rules of justice so they get their way.

In the justice system some matters are never heard, because they are without proper merit or cause, which is why there are pretrial hearings and investigations. Justice without due process is injustice. An accusation does not demand a defense unless the accusation has deemed enough merit to need a trial. Pretrial hearings are when judges determine whether there is enough evidence to continue towards trial. An accusation is not an automatic call for self defense. An accusation must be proven to contain enough merit before it can be tried and only then in the proper arena in that arena is never on the Internet.

7. Laws to protect the accused are ignored because we want one sided “justice” rather than true justice.

We want what we want. Far too often we want guilt so we assume guilt. Justice is destroyed before we even start. Tragically many Christians have never learned what true justice is. We are reactionary when it comes to accusation rather than being principled. A principled person never reacts to accusations because they automatically respond with a principled attitude.

8. Heroes are made out of unjust people.

We have an entire generation of self-proclaimed victims who without justice ever been properly executed have made themselves into heroes to those who just want to hate. Before rallying behind a person’s cause we should make certain as to the justness of the matter. If they are seeking revenge then we should not rally behind them.

9. The volume of accusation does not negate the responsibility for proper justice.

If 20 people accuse someone of doing the same thing that person is no more guilty than if one person accused. Many false accusers rose up against Christ but that did not make Him guilty. Justice still must be carried out and the person must still be presumed innocent.

9. The punishment is NEVER enough.

A man sits in jail for a crime. Are the ones who hated him and cried for justice satisfied? No way! They cannot and will not be satisfied because it was never about justice. It was about vengeance. Vengeance is unquenchable. They want blood, not justice.

10. It is never right to carry out justice by yourself.

“Dearly beloved, avenge not yourselves, but [rather] give place unto wrath: for it is written, Vengeance [is] mine; I will repay, saith the Lord.” (Romans 12:19) We ought to pray that justice is done, but not seek to be the judge.

11. Those who judge unjustly (vengeance) are almost always guilty of condemning the one they have deemed guilty.

They do not just condemn the supposed offense they condemn the person as well. They do not merely judge the actions; they judge the heart and soul of the one accused. Follow this carefully. If you want me to be guilty then you must question my heart. If you can get people to question my heart it will be easier for you to lead them to believe I am guilty. You cannot put a heart on trial because only God knows the heart.

12. Accusers almost always use out of context Scripture or legal talk to justify their injustice.

13. A person, never given due process, often faces lifelong attacks because of the never ending condemnation of those who claim they want justice, but who really seek vengeance.

Their continued unjust condemnation brings about great suffering to the one they hate as well as to his or her family. I find this illustration appropriate. Imagine taking a feather pillow to the roof of the tallest building in your town. When you get to the roof you cut open that pillow releasing the feathers to fly everywhere off that roof. Feathers fly every direction and are soon scattered far and wide. You may repent of what you have done to that pillow, but you will never be able to bring back every feather.

The feathers of Internet accusation fly through the air and are irretrievable. Sadly some who are skeptical of Christ will see some of those feathers, believe the accusations and lose confidence in a Christian. The result may be that they reject Christ and spend eternity in hell.

Let me make it clear, we do not love justice unless we love it for its fairness as well as its occasional seeming unfairness. Justice is not done only when things turn out the way we think they should, but when it is accomplished in a just manner. Those of us who love justice want due process and fairness for everyone. We do not rejoice in guilt or innocence. We rejoice in justice being carried out justly. Our prejudices are set aside and we accept the result as of the Lord, because ultimately we know that He is the final judge of all matters.

Finally, true lovers of justice rejoice at justice being done, more than the verdict turning out as they wished.

This article originally appeared in the book, Satan’s Toolbox. Purchase your copy at satanstoolbox.com. 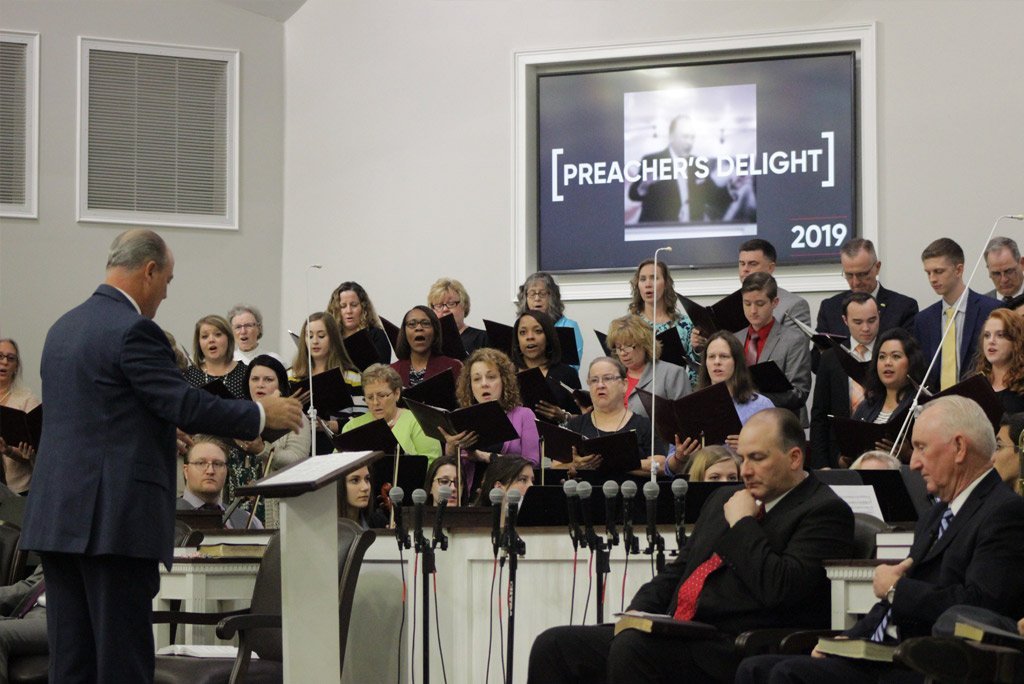 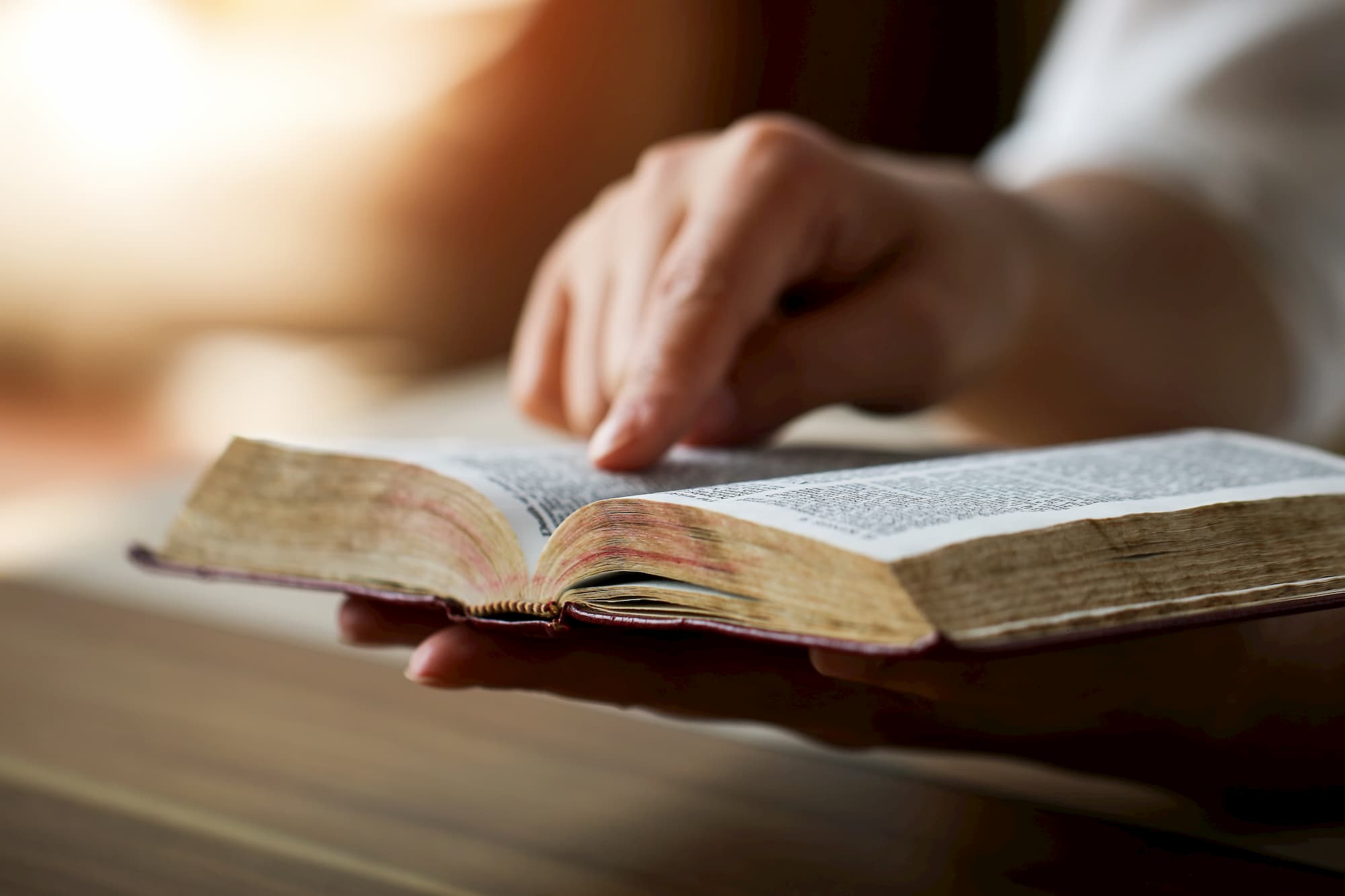 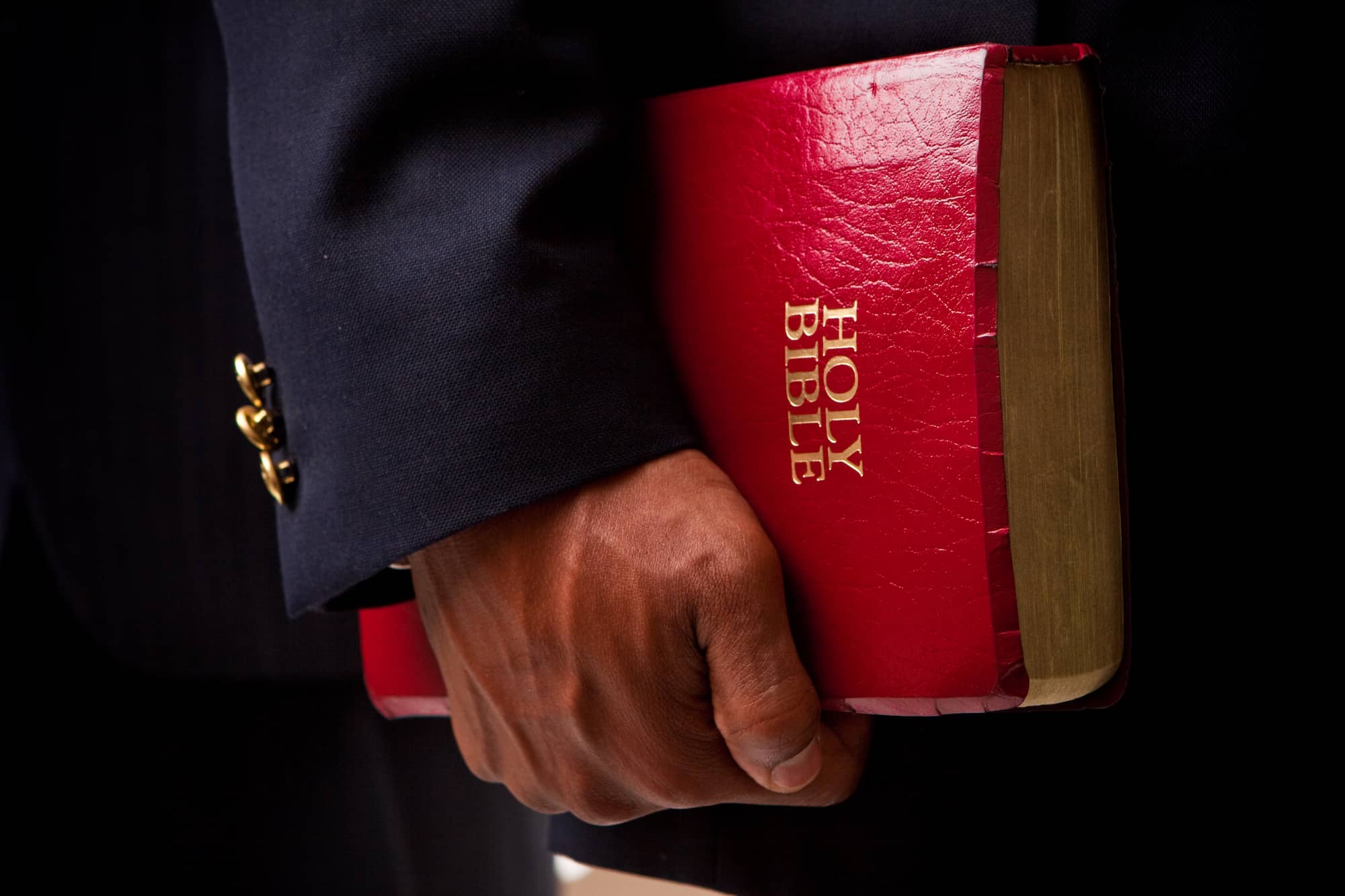 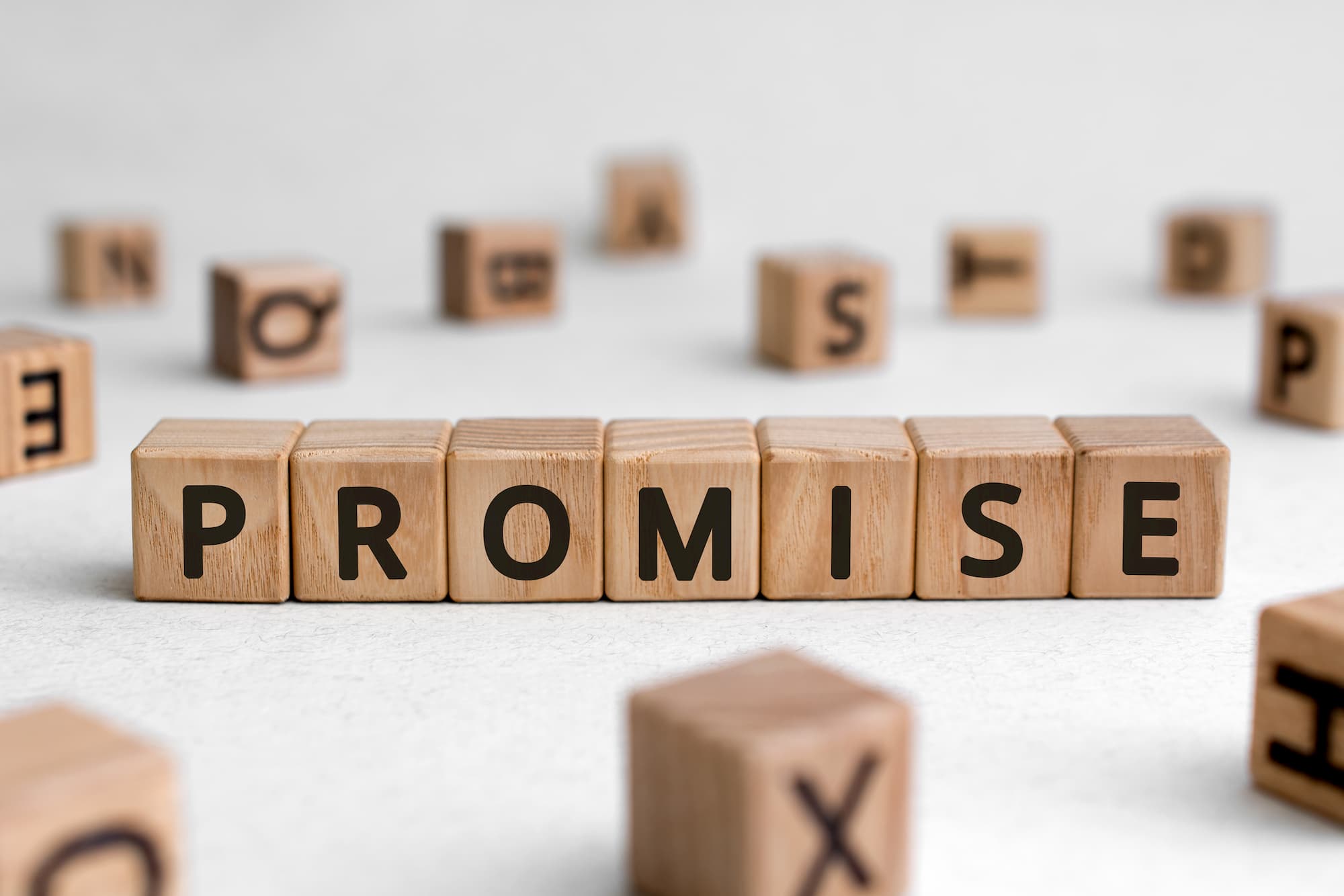