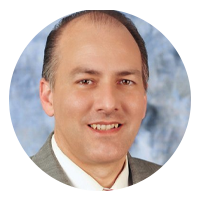 Moses and Aaron were ready in every sense of the word because of the command God had given to them. They were ready because of the power God had given to them, and they were ready because of the followship of the people. It appeared that everything was ready to move. They came to meet with Pharaoh. As they stood before him, they said those famous words to him, Let my people go… (Exodus 5:1) Expecting Pharaoh’s response because of God’s power, they had to have been taken back a bit when Pharaoh, with sarcasm, asked them why he should obey their God and refused to let them go. Moses and Aaron requested a second time that Pharaoh let them go. This time, they put it in the form of a request. (Exodus 5:3)

At this point in time, it was evident why Pharaoh did not want to release the children of Israel. The Israelites were a tremendous labor force, and he feared losing that tremendous amount of free labor that he had from these Hebrews. He began to blame Moses and Aaron for interfering with the people and refused to succumb to their demand. Now, Pharaoh is going to make it more difficult. He insisted that the Hebrew children continue to make bricks, but he refused to provide the straw that was necessary to make them. This left them to gather the straw themselves. Pharaoh did this in response to his anger against Moses and Aaron.

Realizing the people had rallied around these two men, Pharaoh hoped he could turn the people against them. The people began to search for straw in order to make bricks. In these days, making bricks was the chief labor for the children of Israel. It provided the building materials to build houses and structures in Egypt. The taskmasters became angry because of the inability of the Hebrew slaves to make bricks as they had before, so now they began to persecute the Hebrew foremen for the lack of productivity. Pharaoh was very shrewd. The Hebrew foremen came to Pharaoh to complain about no straw being provided to make bricks. Pharaoh made it very clear as to why there was no straw. He told them in Exodus 5:17-18 that they were lazy and that they were more interested in leaving to sacrifice to their Lord. Pharaoh made it very clear to them that he would not provide the straw; yet, they still had to deliver the same quota of bricks. The foremen began to realize that there were only two possible candidates who had gone to Pharaoh to request that the Israelites go to worship their God, and that had to be Moses and Aaron. These Hebrew foremen now knew the ones to blame for their newfound misfortune. Things had already been bad, but now they were worse with Moses’ return.

When Moses met with the people, they complained to him; so Moses complained to God. Moses asked God two questions. He wanted to know why God was allowing this to happen to His people and why God had sent him. At this point in time, Moses was very confused and disillusioned with the task that he had been sent by God to do. God then responded to Moses’ complaints. (Exodus 6:1-8) The first thing God did was remind Moses who He was. He said, I am the LORD. (Exodus 6:2) Then God reminded Moses of the promise He had made to Abraham, Isaac, and Jacob. (Exodus 6:3-4) Next, He reminded Moses that He had not forgotten the suffering of His people. (Exodus 6:5) Then, He told Moses what He was going to do. It is interesting that the Lord uses the words, I will, seven times.

I will bring you out from under the burdens of the Egyptians,… (Ex 6:6a)

I will redeem you with a stretched out arm, and with great judgments: (Ex 6:6c)

I will be to you a God: and ye shall know that I am the LORD your God, which bringeth you out from under the burdens of the Egyptians. (Ex 6:7b)

I will bring you in unto the land, concerning the which I did swear to give it to Abraham, to Isaac, and to Jacob; (Ex 6:8a)

After those seven I will’s, God said, I am the LORD. There are some incredible things to be gained from this story.

EVEN WHEN WE OBEY GOD, THE TASK OFTEN BEGINS WITH GREAT DIFFICULTY.

Moses’ preparation was filled with great difficulty. Perhaps, he thought that when he began to do the work of God it would be easy. However, God allowed the heart of Pharaoh to be hardened so that God could show forth His power in delivering the people. Many times, we begin a work for God and the very beginning is filled with difficulties and obstacles. We must realize that obstacles will come and that, oftentimes, the very beginning of a task may be our most difficult days. However, we must persevere to do that which God sent us to do.

WE WILL OFTEN QUESTION OUR CALLING DURING THESE DIFFICULT TIMES.

Moses began to question whether or not it was even possible for him to lead these people. He became more intimidated by his own frailty. Moses started to believe that he was not the right man for the job. Many Christians start a task and begin to doubt whether or not they are really the right person. Most of us will face obstacles in the things we are doing for God and wonder if it is right for us. We must realize that we cannot turn back from that which God has called us to do; He will perform through us if we will just do the duties and persevere.

GOD WANTS US TO DEPEND UPON HIM.

It is interesting that there were two very important principles that God was trying to teach Moses. Five times in Exodus 6, God said to Moses, I am the LORD. (Exodus 6:2, 6, 7, 8 and 29) By repeating His name, God was emphasizing to Moses that he needed to stay focused on God and let God be God rather than Moses trying to take the responsibility upon himself.

God’s people always need to keep their eyes on the Lord, not on the difficulty of the task.

The secret to the Christian life is not looking at the world and the obstacles or being daunted by God’s own people, but keeping our eyes on the Lord. Moses was being hit on both sides, from the people of God and the enemies of God. We must also be aware that God emphasized the fact of what He would do. These seven promises that He made to Moses ought to be a testimony to us of what God will do for us as well. Notice that seven is the number of perfection. Take a close look at each of these and realize that these are seven promises that we have as well when we follow God and trust Him.

In conclusion, Moses went to the people and spoke to them concerning what God had told him. (Exodus 6:9) The Bible says that they did not hearken unto him because of the anguish of their spirit and the cruel bondage. They were worn down. They had been oppressed for so long that they had lost their confidence. Then, God told Moses to go to Pharaoh to tell him to let the people go. Once again, Moses balked against God and asked Him how he could expect Pharaoh to listen when the children of Israel would not listen. God told Moses to do that which he was commanded to do. Moses was battling with his own feelings of insecurity and inadequacy, just as we all do. God kept pushing him forward, trying to make him realize that the work would not be accomplished because of Moses’ ability, but because of the power of the almighty God. We, too, must remember that the works that we do cannot be done in our power, only in the power of God.

When we feel that we cannot do it, we must trust the Lord to perform that which He has called us to do.

The above blog post is an abridged version of the chapter, “By Faith Moses: Faith in Times of Difficulty,” taken from the book by Pastor Greg Neal, Faith in Action. This title and many more are available from Berean Publications. 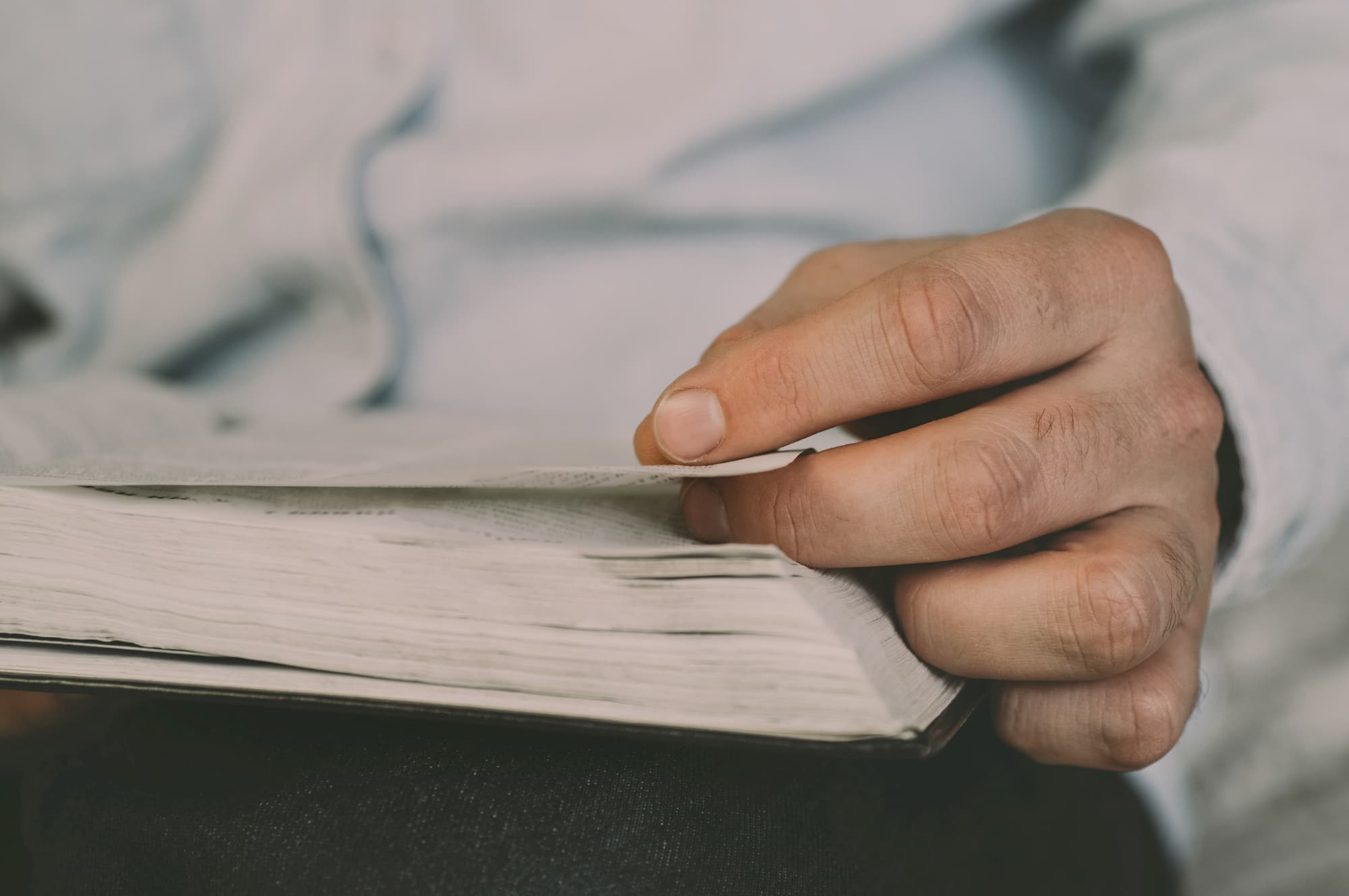 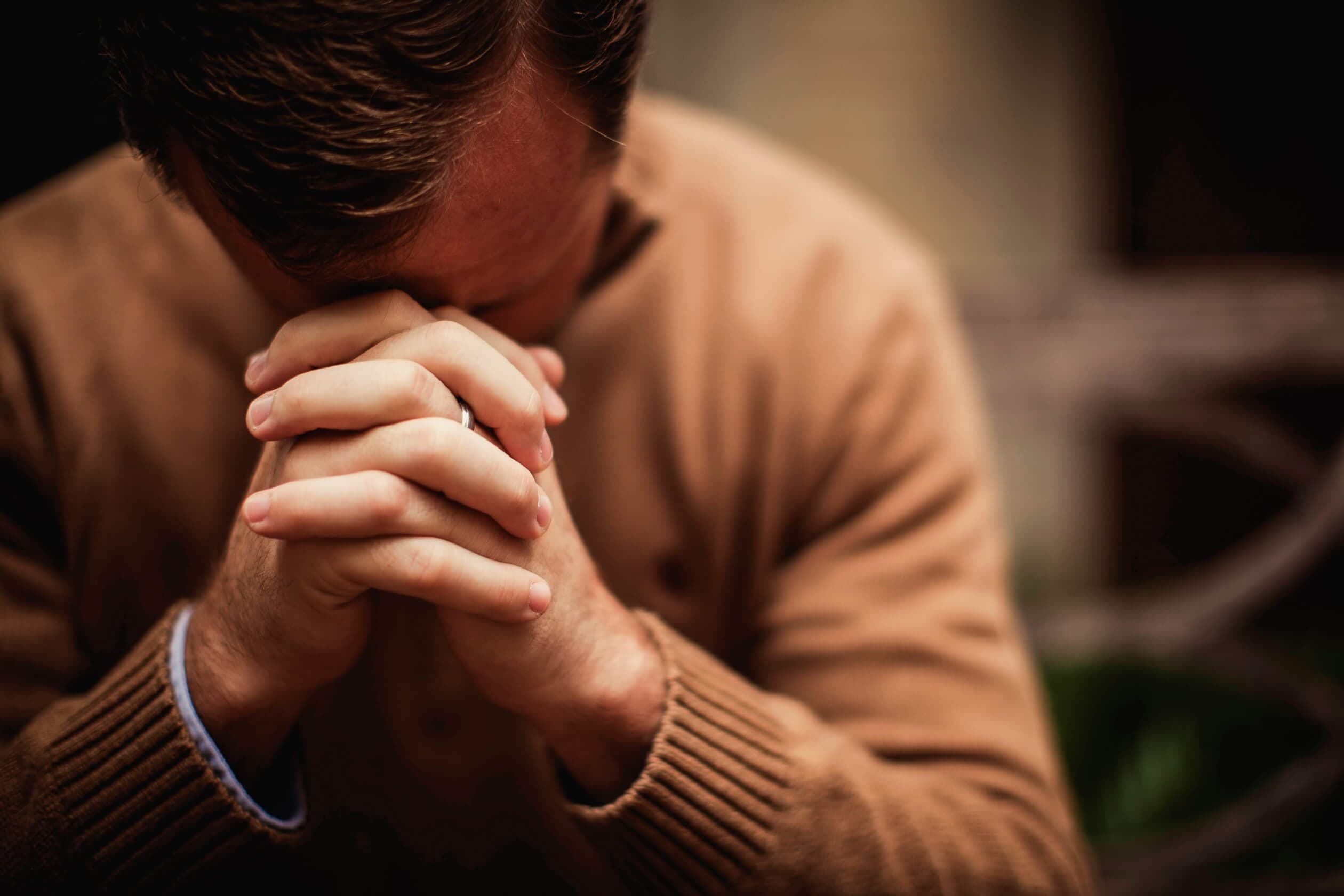 How To Go To The Altar 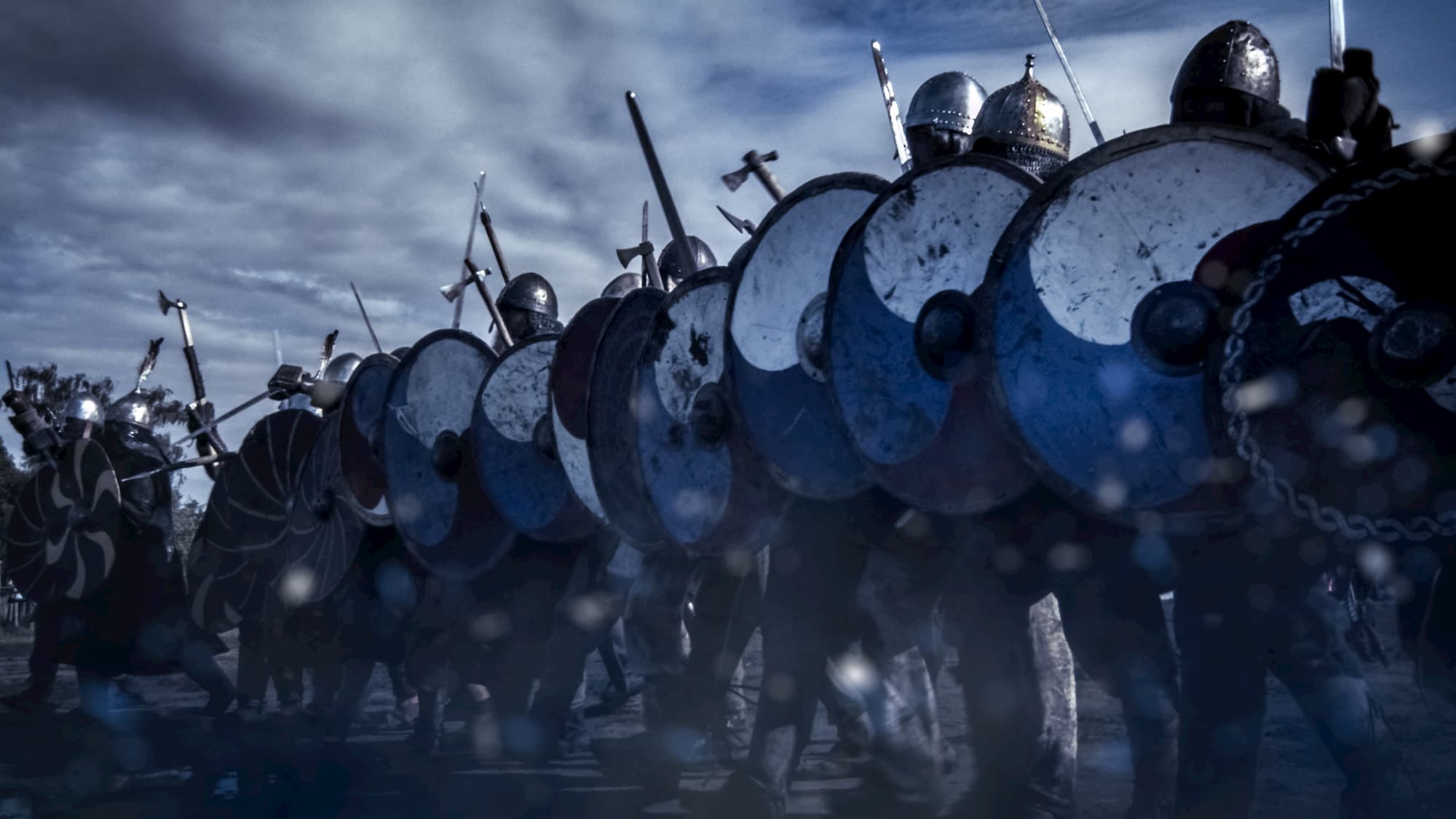 To Fight or Not To Fight 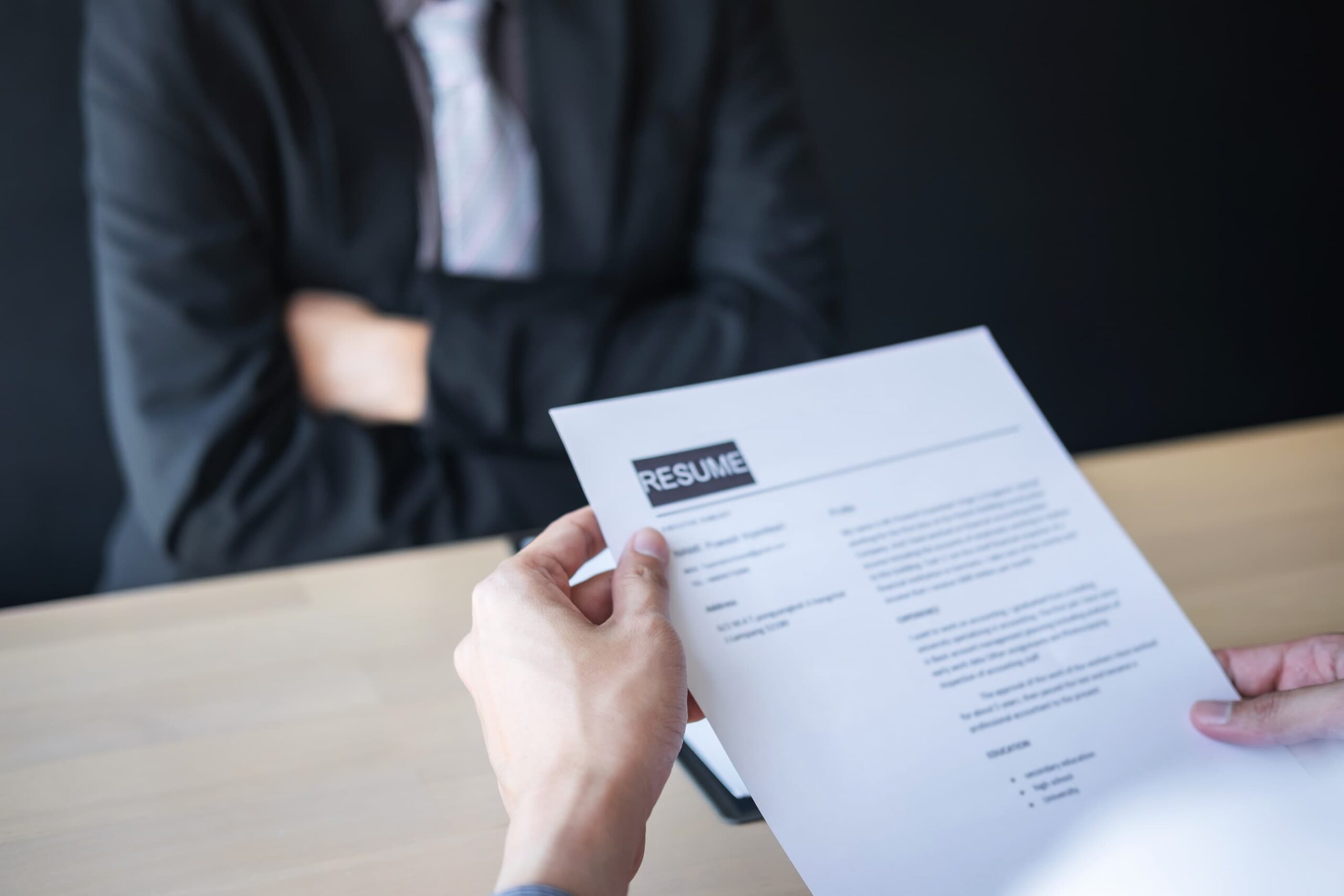 The Resume of the Scorner